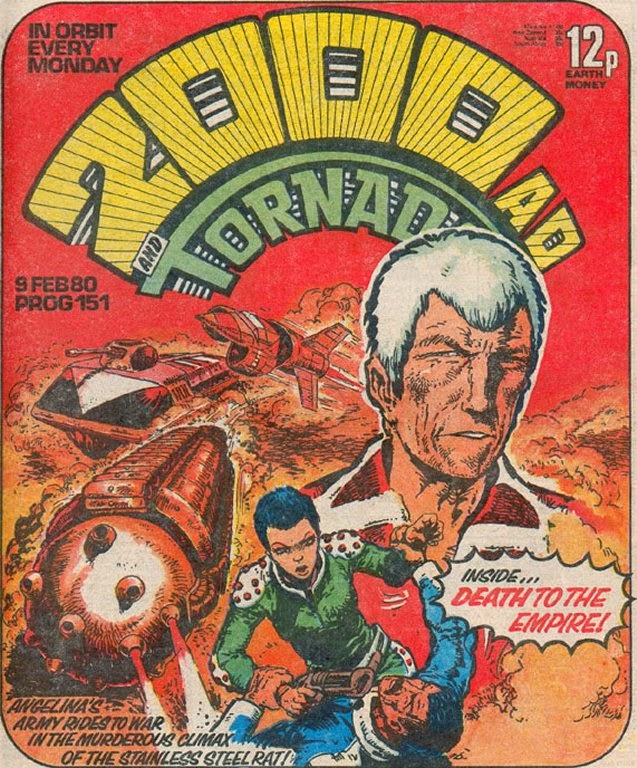 INFORMATION
Charles Atlas Bridge is a structure in Mega-City One.

Terminal brainstorm is a cause of death

OTHER CHARACTERS
JUDGE DEATH
He has a machine in a conapt building to revitalise him. He has possessed Judge Anderson to steal his skeleton from the morgue and deliver it to his conapt. Dredd arrives and destroys the machine. Death re-enters Anderson's body and attacks Dredd. Dredd seals Death and Anderson in Boing.

JUDGE ANDERSON
Under the thrall of Judge Death, Anderson steals his skeleton from the Justice Department's morgue, despite his influence she transmits the word "Boing" to her fellow telepaths. When Dredd arrives Anderson orders him to cocoon her in Boing. She is installed in the Justice Department's Hall Of Heroes in a bier marked Supreme Sacrifice and Judge Anderson A Monster Dwells Within Her.

DEATHS
Two. A possessed Anderson kicks one morgue attendant through a window and presumably kills the other.

BEST LINES
Telepath #1: "It's very indistinct, but it's coming through time and time again. Just one word..."Boing"!"
Telepath #2: "Boing? You mean the miracle spray?"

REVIEW
Fantastic. Who would have thought the solution to an undead superfiend possessing a telepath was to seal them both in an apparently recreational plastic bubble? An absolute masterstroke. This three-parter is an excellent piece of worldbuilding and shows what the strip is capable of.