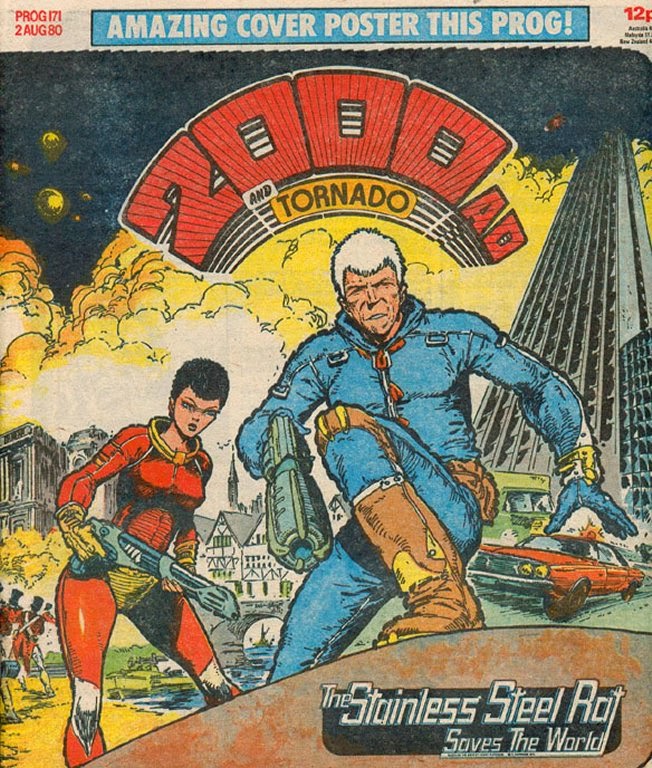 SYNOPSIS
Murd brings Dredd back from the dead to feed him to his toad.

Oracle Spice is a secretion from a wart on the hindquarters of Sagbelly, a giant Toad on Necros.

JUDGE DREDD
Dead. Killed by one of Murd's Watchers. Murd brings him back to life and in order to give Sagbelly live food. Dredd stabs Sagbelly with his knife and escapes. He kills Murd who falls into Sagbelly's pity and is eaten instead. Dredd takes some Oracle Spice with him and destroys the rest.

OTHER CHARACTERS
MURD THE OPPRESSOR
He has stockpiled ten thousand years worth of Oracle Spice. He feeds ten fat men to Sagbelly and resurrects Dredd. Murd was once like the rest of the inhabitants of Necros, but his use of the Oracle Spice has altered him. His mother died ten thousand years ago. Dredd kills him with a metal stake, he falls into Sagbelly's pit and is eaten. With him dead his Watchers crumble to dust and the mist clears. He haunts Dredd briefly as the Judge takes the Oracle Spice. 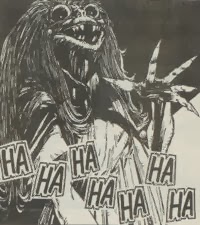 SAGBELLY
Toad of Toads. The Oracle. Oracle Spice comes from a wart on his hindquarters. He is at least ten thousand years old. Murd has been harvesting the Oracle Spice and sacrifices ten fat men to Sagbelly who swallows them alive to maintain production, one life for one drop of Oracle Spice. When Dredd kills Murd and he falls into the pit, Sagbelly eats him.

DEATHS
Twelve. Sagbelly eats ten fat men, Dredd impales Murd on a stake and Sagbelly eats him too, but it disagrees with him and kills him.

BEST LINES
Dredd: "Sagbelly is dead! Must've been something he ate!"

Where did you think you were going?

CATCHPHRASES
Dredd says "Drokk!" as he is flung off the face of an enormous toad, but then wouldn't you? A blinded Murd screams "Aaaiiiii!"

RETROSPECT
Murd returns solo in Behold The Beast, with Sagbelly in Judge Dredd: Judgement Day and with one of his Watchers in Lowlife: Saudade.

REVIEW
A giant toad that secretes a prophetic substance from a wart on its arse? It's bizarre and really doesn't feel like Judge Dredd anymore, but it's still brilliant. The oracle spice had better be worth it though.