SYNOPSIS
Johnny, Wulf and a Gronk travel as cargo, while a group of space pirates seek to steal a ship's cargo.

Mutants are only permitted to travel cargo.

The planet Blas is in the Gallego system. The native species are called Gronks. They have more than one heart, speak through their noses, have their mouths directly attached to their stomachs and eat metal. They are very shy and travel in boxes to avoid shocks.

A tractor-beam can be used to decelerate an astro-liner quicker than the the ship itself can slow down. Smaller spacecraft attached to a larger ship are called limpet craft. 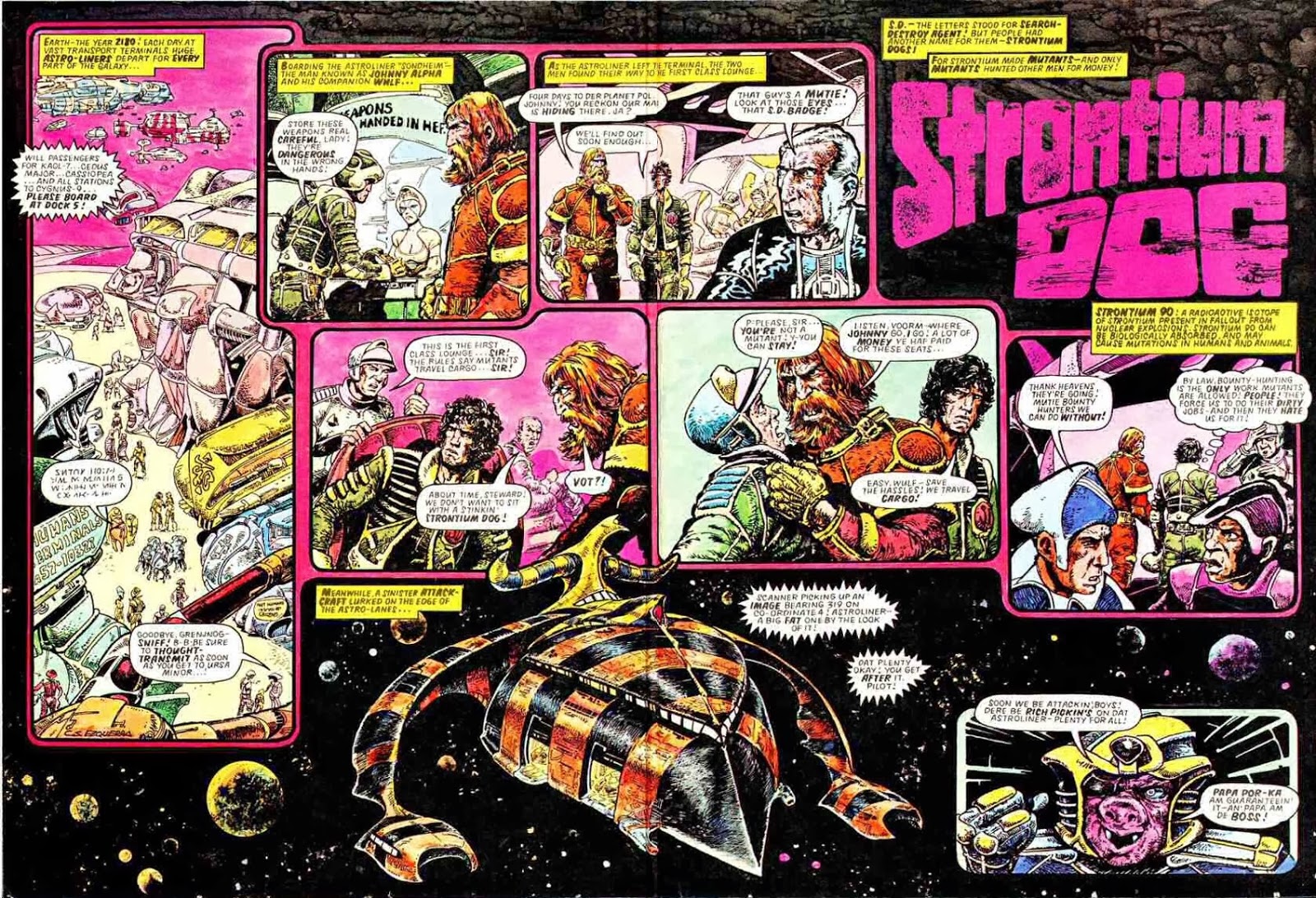 OTHER CHARACTERS
PAPA POR-KA
He leads a group of space pirates.

THE GRONK
Travelling a box in the cargo of the Astroliner Sondheim. The Gronk meets Wulf Sternhammer when he sits on its box.

BEST LINES
Wulf: "Wulf is not offended! Stomach smart place to haf mouth-close to business end, ja? I like you, Gronk! You und Wulf friends vill be!"

CATCHPHRASES
More vots and Gotts from Wulf, but joined here by the Gronks over pluralisation in words like heartses and stomachses.

REVIEW
The set up here is nice as the Strontium Dogs are forced to travel in the cargo hold, but are welcome out with the captain's compliments once the ship is under attack. There is some great worldbuilding here and the Gronk is a wonderful creation.

Next Week: 'Death Is No Stranger To A Strontium Dog!'
Posted by Dave at 10:00