SYNOPSIS
Johnny, Wulf and the Grink follow Fly's Eyes Wagner to another dimension.

INFORMATION
Sharpsville is on Earth.

An electro-flare is a bright pyrotechnic that can be fired from a blaster.

Dimension warp (or D-Warp) allows access to a crack in reality that leads to other realities, but it is not something that man has learned to control. 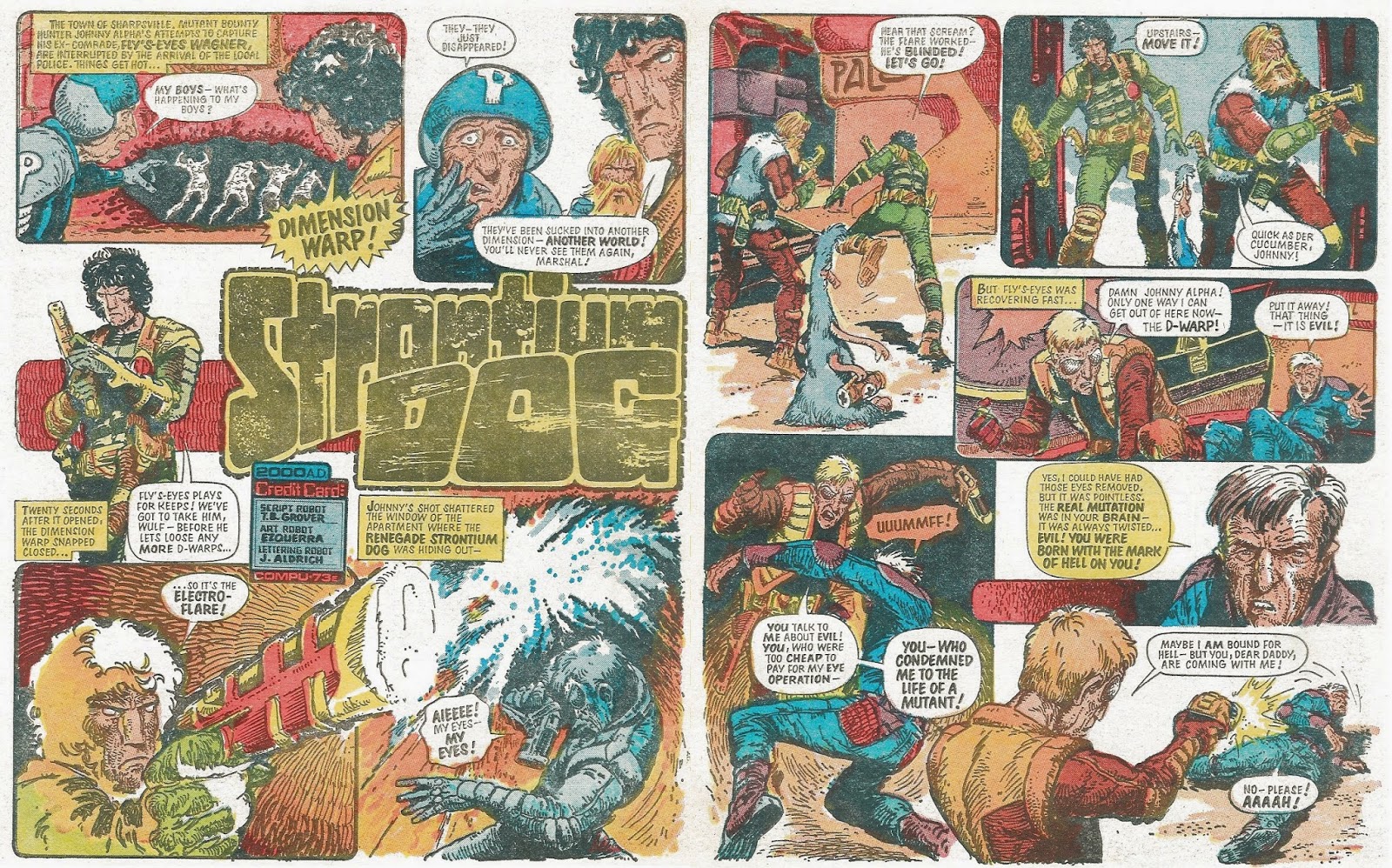 WULF STERNHAMMER
He follows Fly's Eyes Wagner and Johnny into the dimension warp.

THE GRONK
It follows Fly's Eyes Wagner, Johnny and Wulf into the dimension warp.

OTHER CHARACTERS
FLY'S EYES WAGNER
His father chose not to pay for an operation to replace his eyes. He kills his father and uses a dimension warp to transport himself away.

DEATHS
One. Fly's Eyes Wagner shoots his own father dead.

BEST LINES
Fly's Eyes Wagner's father: "Yes, I could have had those eyes removed. But it was pointless. The real mutation was in your brain - it was always twisted...Evil! You were born with the mark of hell on you!"

WORST LINES
Johnny: "Some kind of stairway leading down..."

CATCHPHRASES
Fly's Eyes Wagner screams an "Aieeee!" when blinded by an electro-flare. Wulf says "Quick as der cucumber, Johnny!" and "Now ve are being all together again, like der three happy cucumbers, ja?", while the Gronk worries about it's "poor heartses" twice more.

MISTAKES
The resolution to last week's cliffhanger reimagines and reorders the action adding a new line for Hickman: "My boys - what's happening to my boys". Later, Johnny's line "We're too late! He's turned the D-Warp on on himself!" is a bit odd.

REVIEW
And with one bound they were, well not so much free as...trapped, but still the dimension warp takes an excellent strip and expands its possibilities in almost limitless directions.