SYNOPSIS
Johnny and Wulf are accomplices to genocide.

INFORMATION
The Jox have a military compound deep underground. There are twenty-six of them, but one of the women is with child. According to the laws of City 4 on Circes, a delegation of twenty-seven senior citizens was required to revoke the computer's power. Thirty years ago, a delegation was assembled, but before it could act the computer gave the command that started the Great Neutron War. Another law states that a formal warning of at least sixty seconds is required before detonating a neutron bomb. 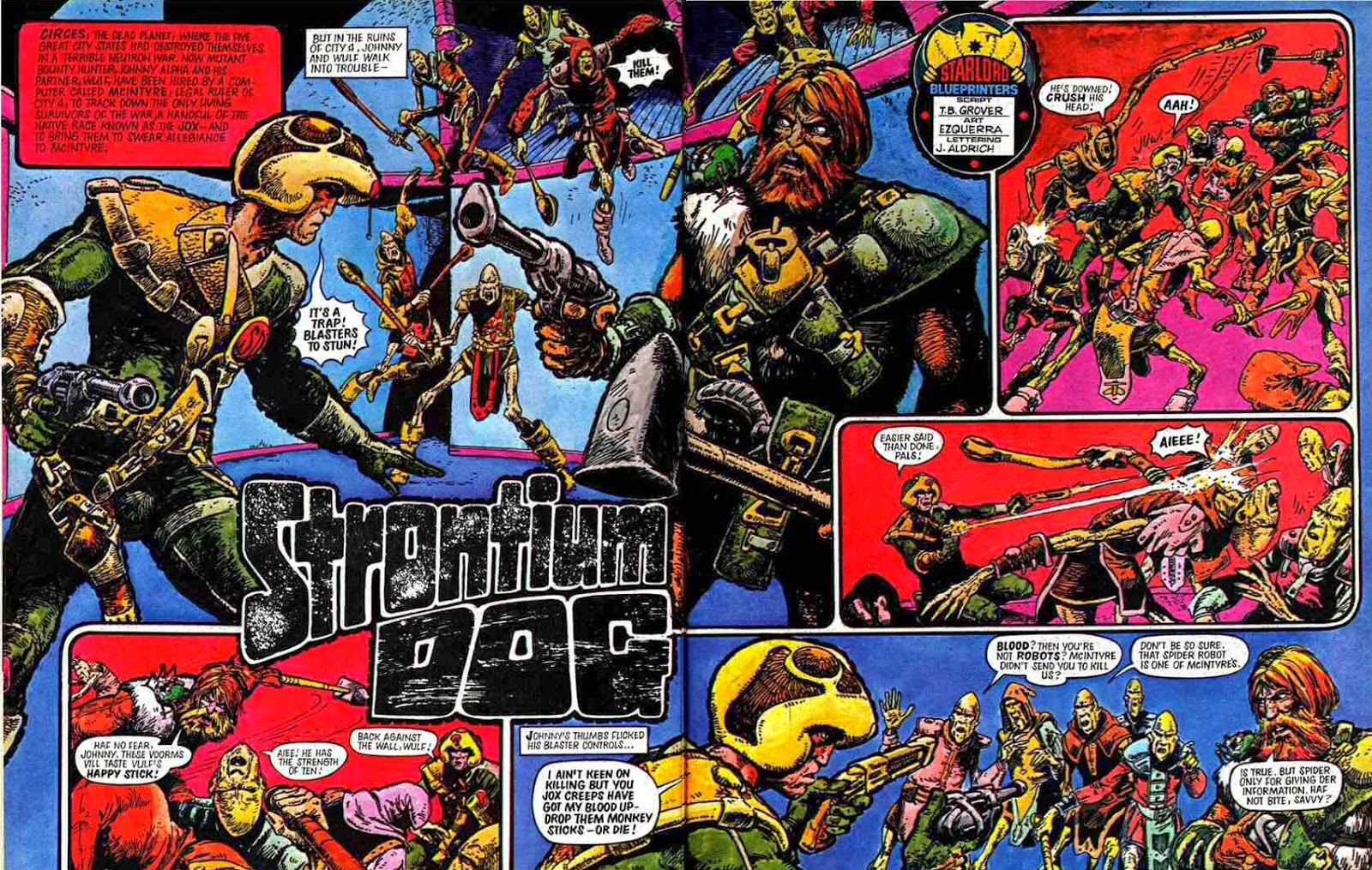 JOHHNY ALPHA
He and Wulf defeat the Jox, explain their mission and ask to be taken to the rest of the Jox. When Croll reveals himself to contain a neutron bomb, Johnny attempts to defuse it. He fails, Wulf saves them both with a time device.

WULF STERNHAMMER
When he realises Johnny will not be able to defuse the bomb, he saves them both with a time device.

OTHER CHARACTERS
McINTYRE
Thirty years ago it was called Milton the Marvellous and gave the command that started the Great Neutron War in order to prevent a delegation of senior citizens from revoking its power.

CROLL
Within its body is a small neutron bomb. Johnny tries to defuse it, but it explodes destroying the underground Jox base.

BEST LINES
Croll: "McIntyre cannot risk having enough Jox alive to remove him. That is why I was constructed. You see, within my body is a small neutron bomb! The only problem was how to get me into this base - but now that I'm here...I hereby give you the formal sixty-second warning as required by law. 54 and counting..."

WORST LINES
Johnny: "But surely there has been enough killing. McIntyre only wants you to swear allegiance."

CATCHPHRASES
A Jox screams an "Aieee!" as he is shot, while another only manages "Aiee!" when hit with Wulf's happy stick. The Jox Elder screams "Aieee!" upon seeing the neutron bomb.

MISTAKES
Why doesn't Wulf use the Time Device on the neutron bomb?

REVIEW
Croll's inevitable betrayal comes as no surprise, but the Jox waiting until they number twenty-seven in order to make a legal challenge to McIntyre and the computer's inflexibility leading to history repeating are very nice touches. It's a shame that Part 1's Next Week tagline gives away a little too much.