INFORMATION
(The part begins the morning after Part 2, and takes place over the course of sixteen days)

Jubal's Alien Extravaganza is a travelling circus on Paprika.

Gronks are very good healers. A Gronk can recognise the identity of a skin of another deceased Gronk. A Smiling Chukwalla is a fearsome predator.

Laser Whip duels follow Carlsson Rules and state that the first combatant hit with the Las-lash loses. The straight-lash vault is a manoeuvre with a laser whip. 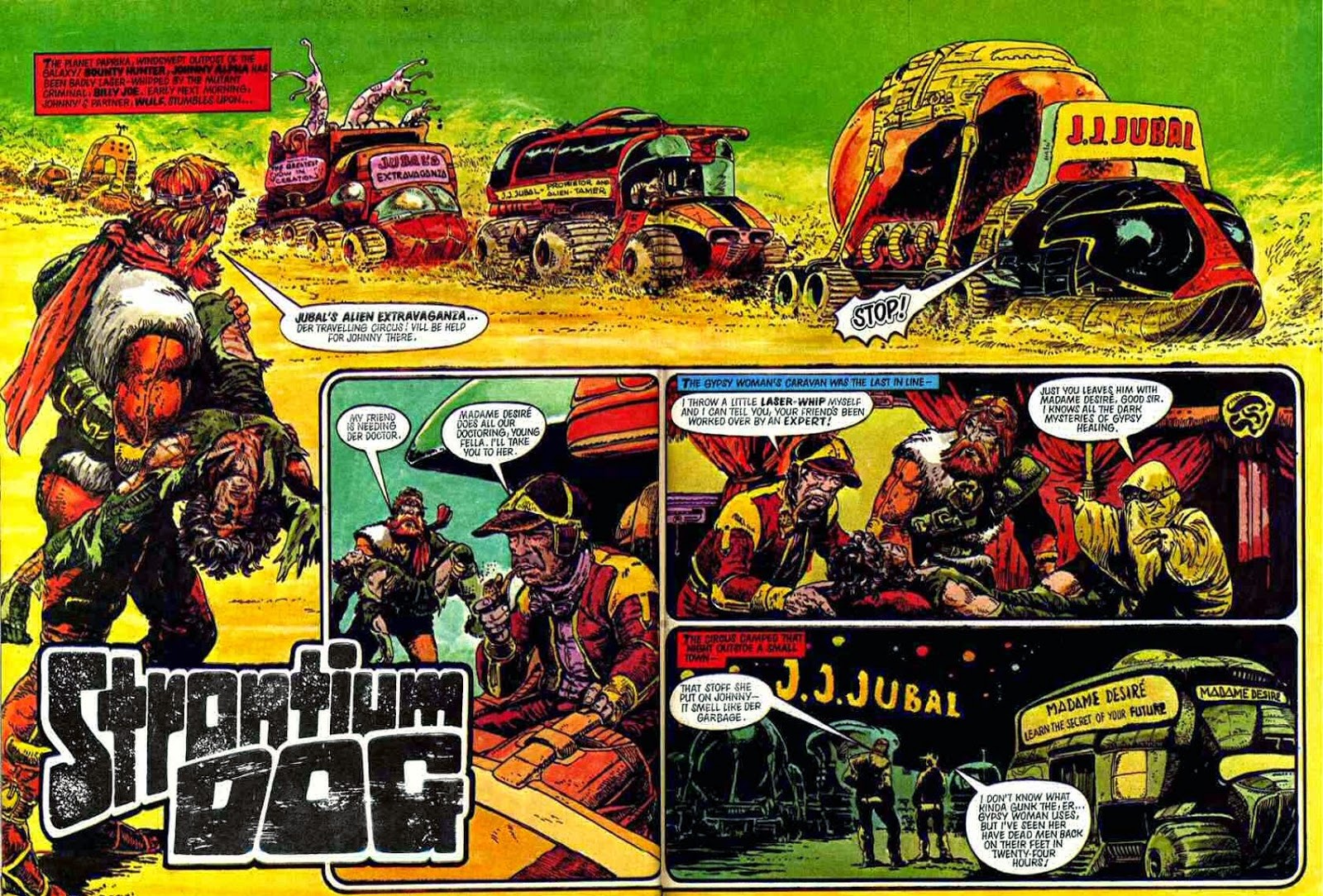 JOHNNY ALPHA
Wulf carries to Jubal's Alien Extravaganza, where the Gronk tends to his wounds. After a couple of days, he has recovered. He asks Jubal to teach him to use the laser whip. Over the next ten days he learns from Jubal. He begins working for the circus, billed as 'Johnny Alpha, Greatest Las-Whipper Of All Time' and offering 10,000 credits to any man that can beat him.

WULF STERNHAMMER
He carries a wounded Johnny all night and in the morning encounters Jubal's Alien Extravaganza.

OTHER CHARACTERS
THE GRONK
Posing as Madame Desire, Jubal's Alien Extravaganza's fortune teller and medic. He treats Johnny's wounds. His brother, Gloppus, was the Gronk whose skin Wulf now wears.

J.J. JUBAL
He has worked in circuses for thirty years. Owner of Jubal's Alien Extravaganza. He is accomplished with the laser whip. In ten days, he teaches Johnny everything he knows about the laser whip that it took him ten years to learn.

BILLY JOE
He challenges Johnny to a laser whip duel to the death.

BEST LINES
Johnny: "You throw that laser whip real well, Jubal. Reckon you can teach me to handle it - well enough to beat Billy Joe?"
Jubal: "The one who did that to you is one heck of a laser man, son. I can teach you...can't guarantee you'll beat him, though."
Johnny: "If I don't, I won't be comin' back to blame you"

CONTINUITY & CROSSOVERS
This Gronk reveals that he is the brother of the one that Johnny and Wulf met in 'Papa Por-Ka'.