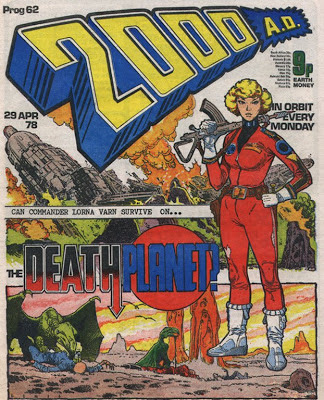 SYNOPSIS
Artie Gruber is revived and the Harlem Hellcats draw the Philadelphia Freaks in their next match.

FIRSTS & LASTS
The first appearance of the Philadelphia Freaks.

INFORMATION
The draw for the quarter-finals of the East Coast Cup take place at the New York Inferno Headquaters, with each team given a number and numbered balls being fired around a firebowl for Inferno-chicks to pick up.

The Harlem Hellcats draw the Philadelphia Freaks. They used to play Aeroball as Gorgon's Gargoyles.

GIANT
Years ago, during an aeroball match against the Florida Fiends, he attempted to score, but the ball rebounded and hit, opposition player, Artie Gruber's jet-pack damaging it and setting him on fire. Giant can see a resemblance to Gruber in one of the Philadelphia Freaks.

OTHER CHARACTERS
ARTIE GRUBER
He played Aeroball for the Florida Fiends. During a game against the Harlem Heroes, a shot at the score-tank by Giant rebounded into Gruber's jet-pack and exploded. Gruber was badly burned. He is revived from having been frozen, breaks out of his tank and attacks Mr. Chubb. He is conditioned to revenge on Giant once more. 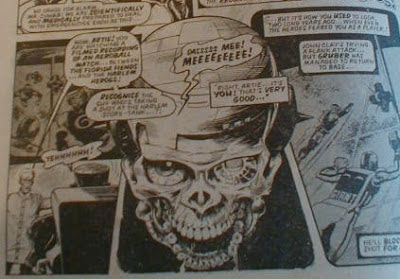 BEST LINES
Medic (during Gruber's attack on Chubb): "No cause for alarm, Mr. Chubb! We are scientifically and medically prepared to deal with emergencies such as this...take this, Mr. Gruber!"

This medic might just be my favourite character in Inferno, the set-up line is funny and the bludgening of his patient is funny, but sadly the next line ruins the gag...

CATCHPHRASES
When Gruber burns he lets out an "Aaaahieeee!"

Zack describes the Philadelphia Freaks as "a mix of androids, muties and just plain uglies", while the Dredd-verse definition of the former varies, muties could well be members of the same group seen in Judge Dredd: 'The Brotherhood Of Darkness' and 'Mr Buzzz'.

RETROSPECT
The uglies mentioned in Zack's description of the Philadelphia Freaks (see CONTINUITY & CROSSOVERS) could well be a pre-cursor to the dedicated followers of Otto Sump's fashion.

NOTES
The medic shows Gruber footage of himself before his accident and states that it took place "two long years ago", which either means Inferno is set less than two years after Harlem Heroes or the medic has decided not to inform him of the time that passed during his frozen and therefore Gruber's accident took place two years before his freezing.

REVIEW
It's great to have Artie back. The glimpse of his accident is tantalising and the art of Gruber and the Freaks is great. Here's hoping that history isn't going to repeat itself too closely.