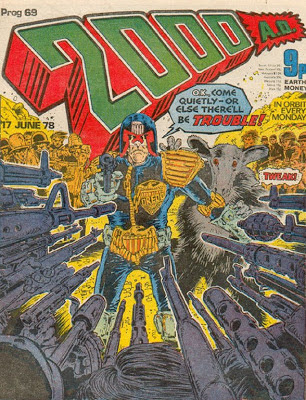 SYNOPSIS
An Artie Gruber in agony takes it out on his masters.

FIRSTS & LASTS
This is the last five page Inferno strip.

GIANT
He has been doused with jet-pack fuel by Artie Gruber, but Louis prevents it from being lit.

LOUIS MAYER
He can channel his brain-power into the aerial in his left arm and increase the strength of the signal he was intercepting. Louis activates the discipline-cell implanted in Artie's brain causing him great pain. 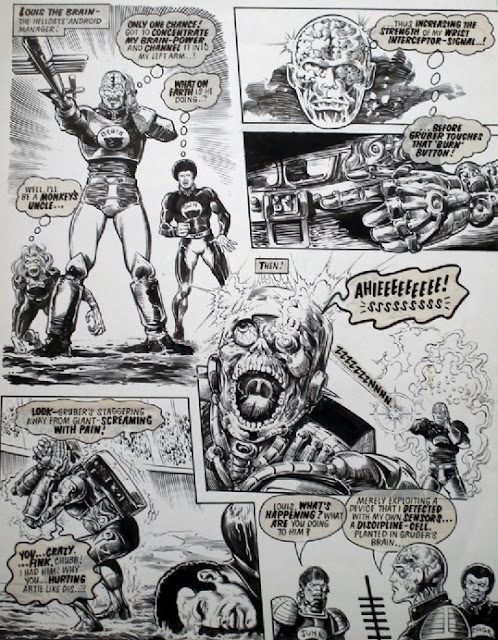 OTHER CHARACTERS
ARTIE GRUBER
Just as he is about to set Giant alight with his jet-pack, Louis Mayer activate the discipline-cell in Gruber's brain and causes him agony. Gruber assumes Chubb and Torso are responsible and attacks and kills them. He is shot by a member of the stadium police and enveloped in flame. He smashes through a window and flies into a neighbouring waterway. His body isn't found.

BEST LINES
Louis Mayer (about Artie Gruber's discipline-cell): "But it only works up to a point...as long as you don't exceed a certain threshold of pain...because then the victim is apt to hit back!"

CATCHPHRASES
The phrase "Jumpin' Jupiter" has catchphrase written all over it.

REVIEW
The artwork of Artie Gruber is fantastic throughout and the story flows very well, but the cliffhanger is a bit of a damp squib: Zack thinks the Harlem Hellcats troubles are over, but it's possible that they might not be...