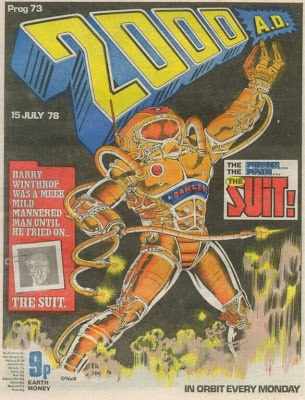 SYNOPSIS
The Harlem Hellcats must score sixty points against The Wolves Of Death to secure Giant's freedom.

No Inferno team has ever scored sixty points in a single game.

GIANT
He owes Slim thirty bucks. Giant orders the Harlem Hellcats not to participate. They refuse.

MOODY BLOO
He wears a heavy-duty jet-pack because the Harlem Hellcats do not require a cave-man. He manages to prevent a cave-in and destroy one of The Wolves Of Death. 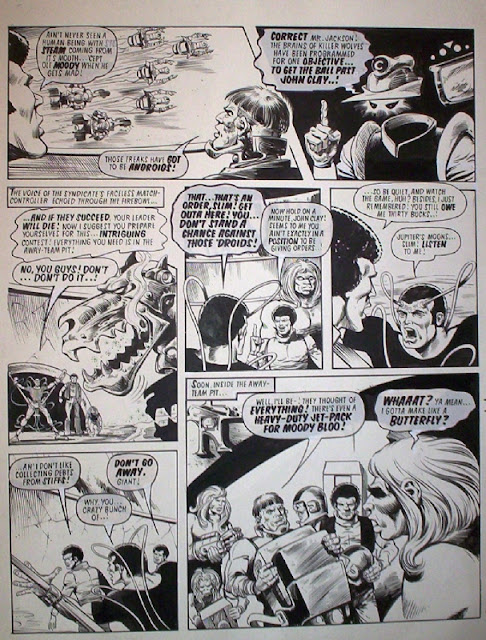 DEATHS
None. Well one android is smashed by Moody Bloo.

It's funny, because he can't.

REVIEW
The Wolves Of Death are an impressive design and the set pieces are great, but the brains of killer wolves in android bodies programmed to play Inferno stretches credulity much further than necessary.

Next Prog: Doomsday Minus One!
Posted by Dave at 10:00